Why being a Nature editor is like riding the Knight Bus 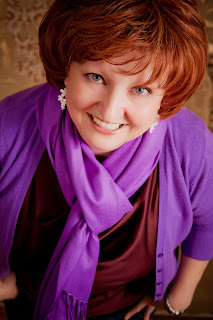 Have you seen a picture of our science education editor, Chris Gunter (above)? She looks kinda nice, doesn't she? Would it surprise you to learn that once upon a time, she was viewed along the lines of the love child between a rock goddess and Darth Vader? Perhaps picture Grace Slick in a long black cape, glaring at you. Like this:

Why was Chris such a badass? Because she was an editor at Nature, science's toppest-tier journal, for almost seven years, dealing with submissions in the genetics/genomics side of things. You might be surprised to learn, as Chris relates in telling about her experiences at Story Collider, which features compelling stories about science, that what sounds like an intensely precise and technical field generated "mountains of drama." In telling her tale, Chris likens her experience to riding the Knight Bus in Harry Potter, in which you're never quite sure who your seat mate will be. She writes,

People ask me all the time what the job was like. The best analogy I’ve I found is riding the Knight Bus in Harry Potter. The Knight Bus is the magical transport full of crazy people and events, both amazingly good and scarily over the top. Similarly, I felt like I was on this magical transport that went to the wildest places, and every week I’d think, “There is absolutely no way we will get to our destination” of putting out a magazine. Yet, thanks in part to the skillful drivers on the editorial and production teams, every week we did arrive at the publication of an issue, and it was an exhilarating ride.

For more about Chris and her experiences on the Knight Bus ... er, at Nature ... read on over at Story Collider, where her story has been filed under "Stress." For good reason.

Posted by EJ Willingham at 3:41 PM