Dr. Rubidium
DrRubidium is an analytical chemist who has been putting the "re-" in "research" since 2001. When she's not in the lab, she's in the classroom teaching chemistry at a Left Coast university. She blends science and sarcasm over at the Journal of Are You F***ing Kidding (JAYFK).
On Twitter: @Dr. Rubidium. Analytical chemist on the Left Coast. Equal parts sarcasm & silliness. My tweets are personal, not professional. 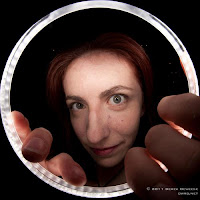 By training Emily Finke is  a forensic anthropologist and informal science educator. She has a passion for teaching everything from entomophagy to exoplanets. She is happiest when she is in a creek, teaching 10 year olds how to catch crayfish and look for tardigrades, or in the desert, surrounded by dinosaur skeletons. (No, anthropologists don't study dinosaurs, but anthropologists who also have a degree in geology and who work for museum or environmental education departments do.)

When she isn't talking about science professionally, she is… well, still talking about science. Her main blog can be found at This View of Life. She is also a contributor to Mad Art Lab. She can be found on Twitter as @Seelix and on Google+. When not online, she's probably at the pub talking to strangers about penguins not living on the North Pole. 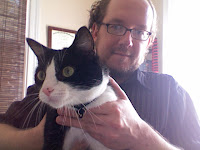 Double X Science Physics Editor Matthew Francis is a physicist, science writer, former college professor, ex-planetarium director, occasional musician, and frequent wearer of jaunty hats. He blogs about science and science communication at Galileo's Pendulum, and a regular contributor to Ars Technica's science site, Nobel Intent. He has also written for Scientific American Blogs, Culture of Science, and the 365 Days of Astronomy podcast. You can't get him to shut up when he starts talking about how complex ideas in science can be understood by anyone. The cat in the photo is Pascal, named for the physicist/mathematician/
philosopher who (appropriately enough) studied randomness. 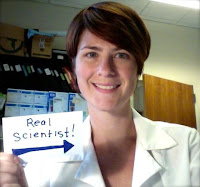 
Double X Science Biology Editor Jeanne Garbarino is a mother of two young girls, aged 2 and 4. In her other (easier) gig, Jeanne is a researcher at The Rockefeller University in the Laboratory of Biochemical Genetics and Metabolism. There, she studies how cholesterol moves inside of our cells and relates this information to human health and the development of cardiovascular disease. In addition to being a scientist, Jeanne is a self-proclaimed science communicator, who is often found loitering at the intersection of motherhood and science on her blog The Mother Geek.  She also co-organizes a monthly science discussion series, Science Online NYC(#SoNYC), which is open to anyone who is interested about how science is conducted.  It his her goal to help improve how science is communicated, starting with all her fellow boob-toting cohort, because science is for everyone.  Geek onward!

Linda Gaines is an environmental engineer who initially had a glamorous career doing such things as sampling at wastewater treatment plants and avoiding rattlesnakes and fire ants while performing environmental site assessments. She later got the urge to study biology and eventually turned in her hard hat and steel-toed boots for a lab coat and pipetter. She couldn’t stray too far from wastewater though because she earned her Ph.D. studying urinary biomarkers. She currently works as an environmental health scientist in human health risk assessments. She is interested in all areas of science and is obsessed with photography.

Chris Gunter, the Science Education Editor for Double X Science, is a geneticist by training and science educator and communicator by passion. After moving from the lab to professional science editing, she served as the genetics and genomics editor at the journal Nature for seven years. Early on, she told her boss as a joke that her time at Nature would end when she got the most exciting genome of all, the platypus, having no idea this would turn out to be true. Chris is now the Director of Research Affairs at the nonprofit HudsonAlpha Institute for Biotechnology, holds adjunct professorships at three universities primarily to teach, and edits and writes scientific material on contract through her own Girlscientist Consulting. But the best job of all is raising her Lilkid. 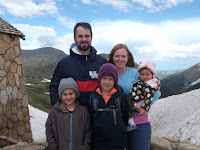 Anne Merchant
Anne Merchant, co-founder of DoubleXScience and managing editor of DoubleXScienceJr, currently teaches Anatomy & Physiology at the junior college level but has taught many subjects, including K-5 physical education and music, 3rd-8th grade Spanish, and community education classes in “urban wildlife hunting.” She also serves as the Production Editor for a peer-reviewed Entrepreneurship journal. With 27 years of writing and editing experience (this includes her kindergarten journal, by the way) across disciplines such as English, history, and biology, she enjoys projects that combine her creative and analytical talents. Anne’s most significant achievement to date, however, is the role she shares with her husband, parenting one son and two daughters, whom she hopes will grow up with the confidence and courage to achieve anything. 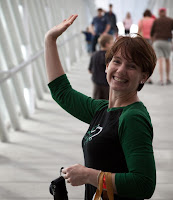 
Adrienne, chemistry editor at Double X Science, is currently working as a research associate at a large public university in NMR spectroscopy. Her training and research can be classified under chemistry, physics, and biochemistry or biophysics. She also has experience teaching from the kindergarten through university levels since 1996. Adrienne is mother to two “tween”-age children, a daughter and son, both of whom give her great pride and joy and also consternation at times. Adrienne tweets on science, food, feminist topics, and life in general. She also keeps a food blog. Visit her about.me/aroehrich profile to find links to all her activities. 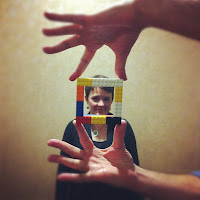 Emily Willingham
Emily, co-founder and managing editor of DoubleXScience, is a former assistant biology professor whose research encompassed endocrinology, toxicology, developmental biology, and physiology. She also is mother to three sons, one of whom is on the spectrum, another of whom has severe ADHD, and the third of whom seems like a reasonably typical fellow. She seeks to improve science literacy in part by targeting women who may find something interesting and go forth and share it with others within their orbit.